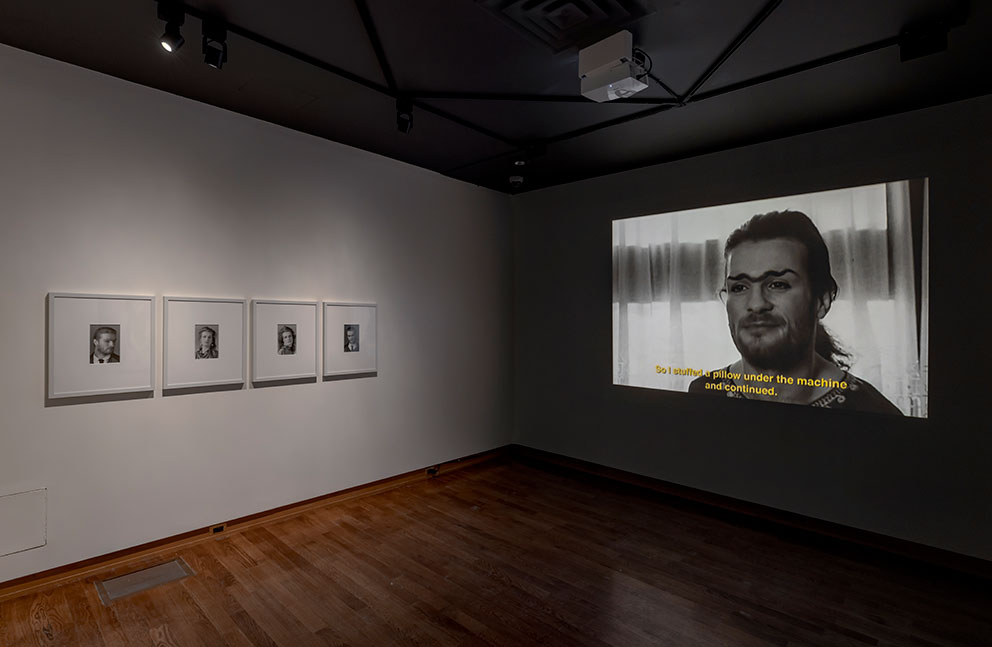 Installation view with documentary film by Michael Stahlberg, “Lorenza: Portrait of an Artist” (1991) and series of four black and white photographs (1986-1987).

In 1991, Lorenza collaborated with film director Michael Stahlberg to make a documentary about her life and work. The film traces her journey from disability into art. Focusing on Lorenza’s everyday life as a “work of art,” the film shows the close relationship between art and activism, between performing and becoming visible as political subject. In the film, Lorenza paints her eyebrows as Frida Kahlo, honouring the legacy of a sick and non-conforming artist.