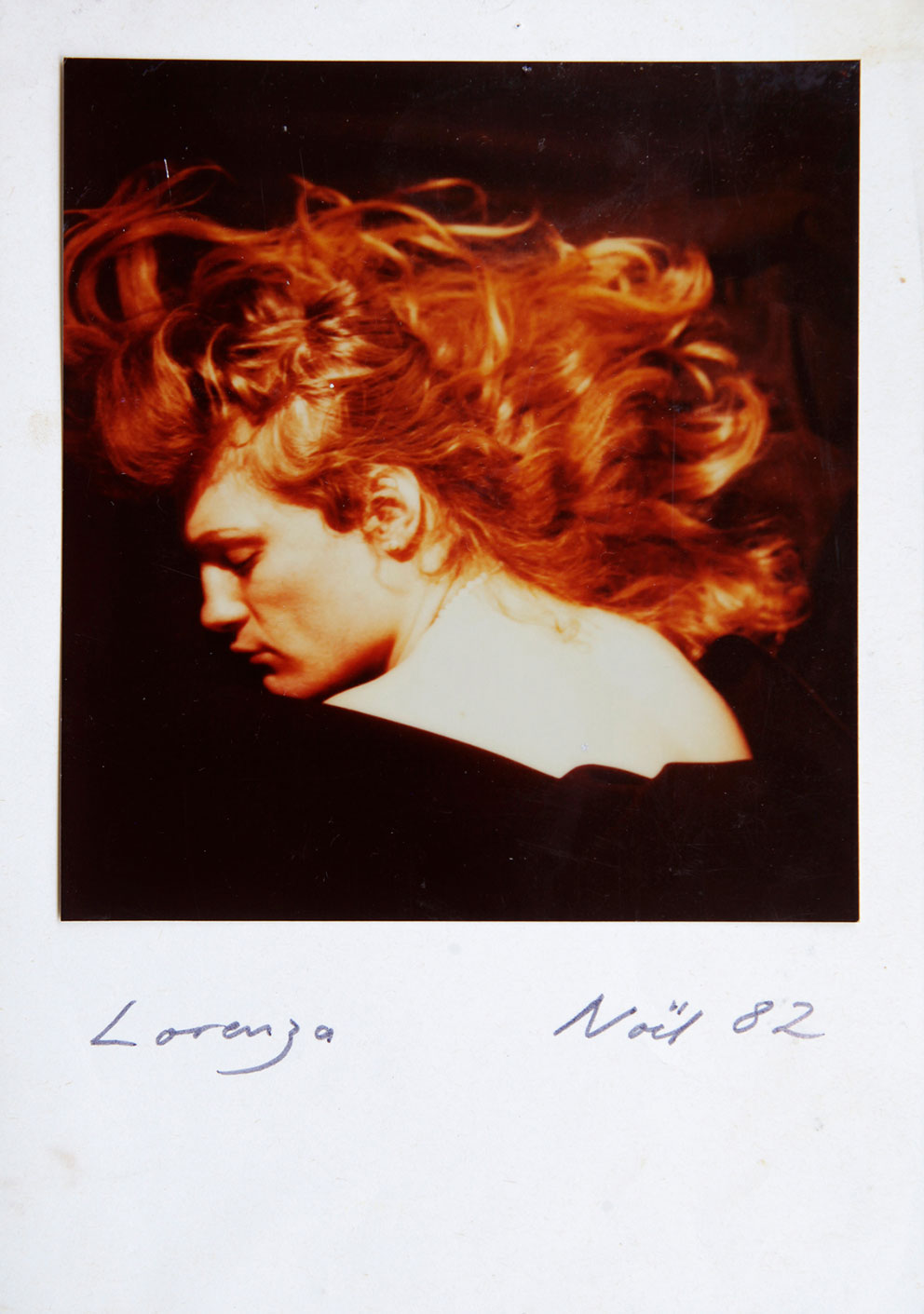 Against the medical diagnosis and the social expectations that promised him a future of “social insertion” as a disabled person, Lorenz succeed in being accepted as a student at Kassel’s Gesamthochschule between 1978 and 1984. It was in Kassel, while still an art student, that Lorenz changed his name to Lorenza and constructed a female public identity. She used performance, photography and self-portrait as experimental technologies of gender and body re-appropriation.

Beyond a linear reading of cross-dressing as going from one gender to another, Lorenza’s work can be understood as a last requiem for gender and sexual norms. The drawings, engravings, paintings, and performances she produced during the sixteen years of her life as an artist—between 1978 and 1994—show her occupying a multiplicity of gender and sexual positions, but also of historical archetypes. Her transvestism is not a mimicry of femininity as an identity—it is common to see her with a beard or naked—but rather an expansion of the body’s gestural repertoire, an expansion of the possibilities of acting. Lorenza’s work is about endless transitioning rather than a fixed production of identity. Lorenza’s images construct a dissident visual framework that questions both the gender binary as well as the oppositions between normal and pathological, abled and disabled.