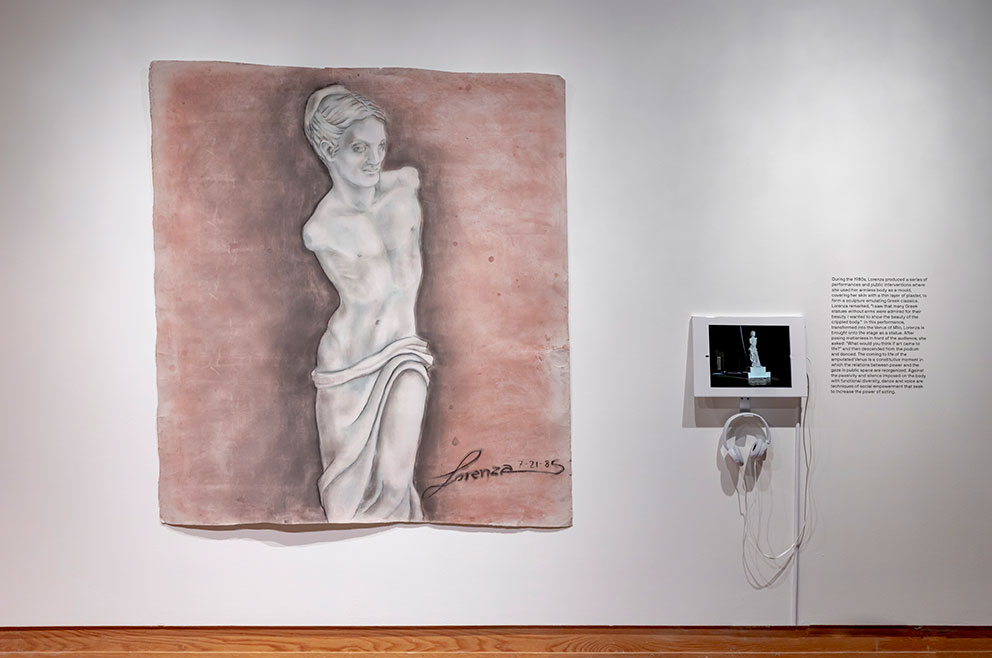 The Body as Social Sculpture

During the 1980s, Lorenza produced a series of performances and public interventions where she used her armless body as a mould, covering her skin with a thin layer of plaster, to form a sculpture emulating Greek classics. Lorenza remarked, “I saw that many Greek statues without arms were admired for their beauty. I wanted to show the beauty of the crippled body.” In this performance, transformed into the Venus of Milo, Lorenza is brought onto the stage as a statue. After posing motionless in front of the audience, she asked: “What would you think if art came to life?” and then descended from the podium and danced. The coming to life of the amputated Venus is a constitutive moment in which the relations between power and the gaze in public space are reorganized. Against the passivity and silence imposed on the body with functional diversity, dance and voice are techniques of social empowerment that seek to increase the power of acting.