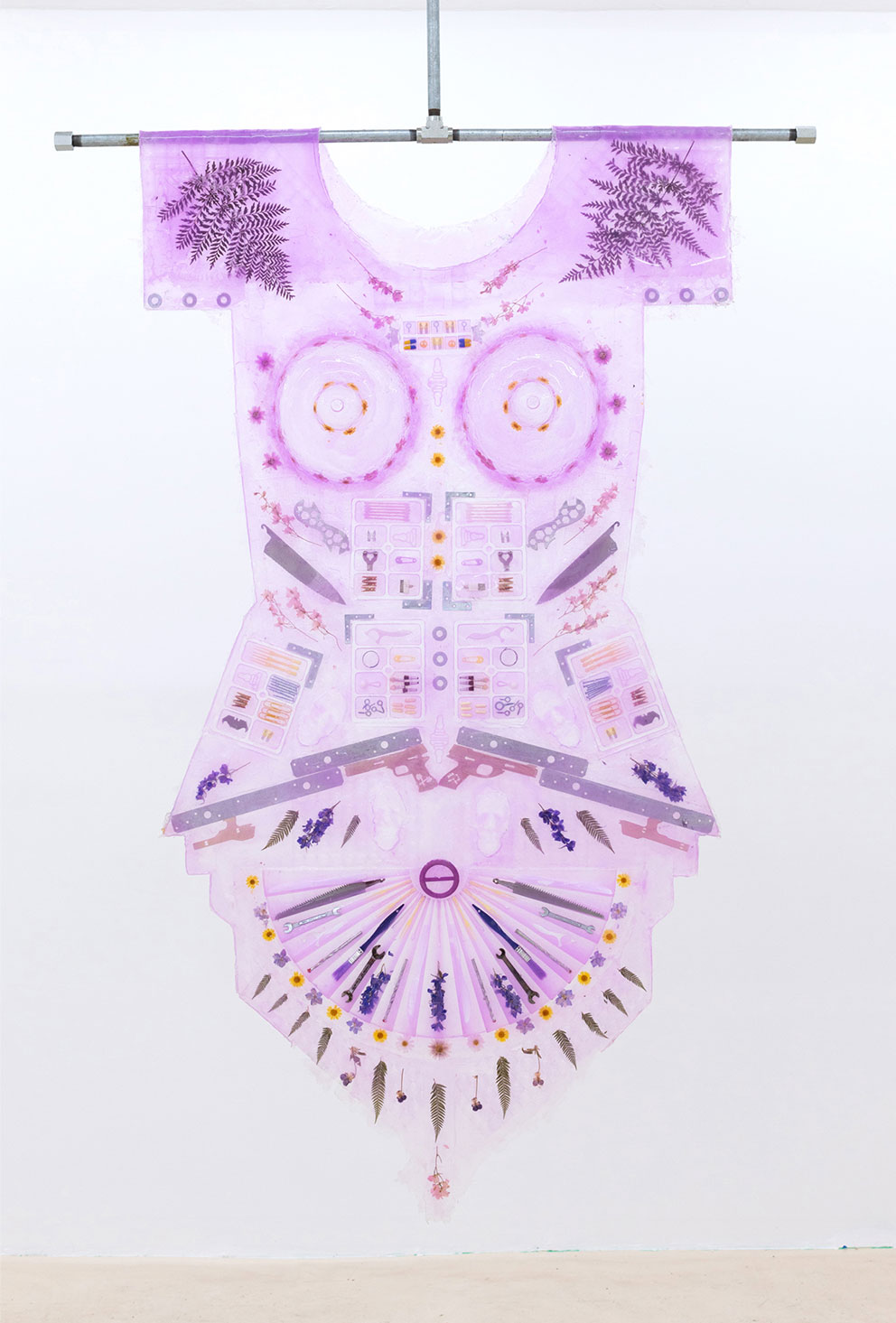 Brener uses silicone in her practice to create strangely fleshy encasements that seem to exist in both ancient histories and distant futures. She discusses these criss-crossing timescales in her work in a recent feature in Art in America. In discussing a work that featured a silicone cast of a devilled egg tray, she says:

“I keep returning to the idea that, in another reality or in the distant future, these objects that I placed within the egg tray casts could hatch or be extracted from their resin encasements. Placing smaller objects within larger casts gives them an otherworldly feel and a different meaning. Maybe it speaks to a future in which things are viewed differently, with alternate meanings and potentials.”

As told to Francesca Aton, “Amy Brener on the Ritual Use of Utilitarian Objects,” Art in America, November 22, 2019, https://www.artnews.com/art-in-america/interviews/amy-brener-death-masks-utilitarian-objects-jack-barrett-1202668948/