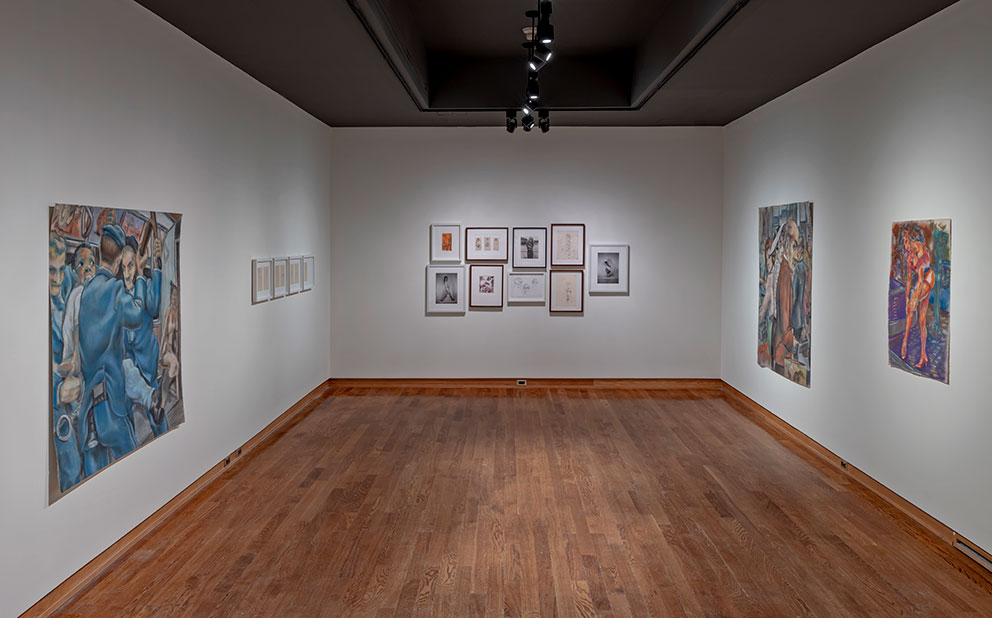 The Street Museum of Desire and Melancholy

While Lorenza’s photographs are almost exclusively self-portraits, numerous large pastels painted by foot document the different local contexts that the artist visited from 1984 onwards, representing the life of the sexual-political lumpen of the late 20th century in Western cities.

Her paintings introduce a gallery of subaltern social characters with whom Lorenza established an alliance through representation: the sex workers of Amsterdam, racialized bodies as the object of police violence in New York, lesbians under the shadow of the male gaze, gay men between sexual joy and emotional solitude. Her paintings engaged in a critical dialogue with the history of art, “queering” it by tracing a kind of queer mannerism, a museum of desire and melancholy that includes fauvist, impressionist, cubist, neo-realist influences, and where the non-conforming body occupies a new central position.