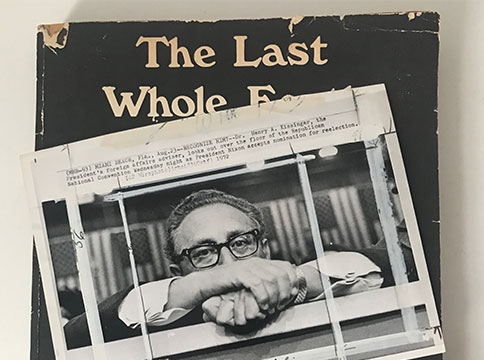 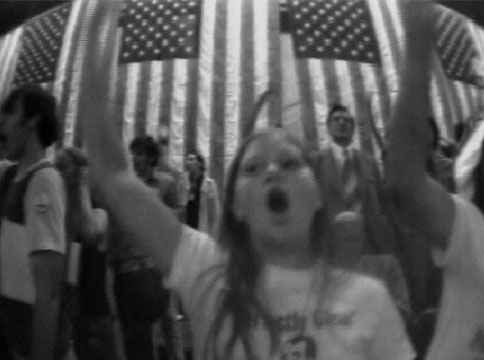 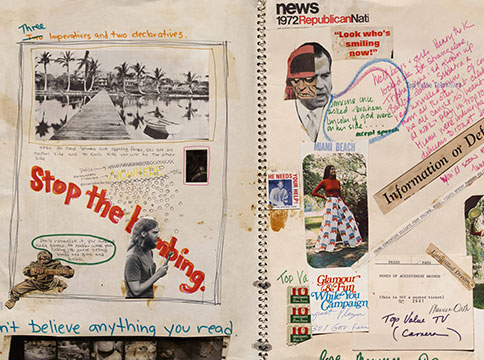 Alternative Convention: Top Value Television’s Four More Years revisits a landmark work by the 1970s video collective Top Value Television (TVTV). At the foundation of the experimental documentary genre known as ‘Guerilla Television’, their groundbreaking tape Four More Years offered alternative coverage of the 1972 Republican National Convention and was the first independently produced ½-inch video to be broadcasted on national television. With press passes and lightweight camera equipment, TVTV deployed alternative journalistic techniques on the convention floor. By pointing their cameras in the other direction and interviewing the network press about their coverage, TVTV subverted the hegemonic establishments of television news and reportage.

Over thirty different video makers contributed to TVTV productions during the group’s activity between 1972–1979. They came from various corners of the counterculture including members from Raindance Corporation, Videofreex, and Ant Farm. TVTV were pioneers of the then-novel portable video technology. Their productions not only proposed innovative and decentralized ways of making television; they also developed exciting communicative forms that collapsed journalism with entertainment, all while being part of the shift in consciousness that demanded a democratization of the mediascape during Vietnam War Era America.

TVTV and the practitioners of Guerilla Television envisioned a future where video would allow civics and prosumer media to merge as a political currency in a communicative democracy. Nearly fifty years later, this vision has largely come to fruition with the emergence of the internet and participatory media as the dominant forum, just as the psychic, social, and structural impacts of the past television environment become visible in a McLuhanesque shift. Through experimentation with remediating video and disparate ephemera, this exhibition maps and centres TVTV’s Four More Years to consider the legacies and implications of Guerilla Television in today’s commodified and politically divisive user-generated media environment.

This exhibition is produced as part of the requirements for the MVS degree in Curatorial Studies at the John H. Daniels Faculty of Architecture, Landscape and Design, University of Toronto.

We gratefully acknowledge operating support from the Canada Council for the Arts and the Ontario Arts Council with additional project support from TD Insurance, and the Reesa Greenberg Curatorial Studies Award and International Travel Fund.