A program of KWE: Photography, Sculpture, Video and Performance by Rebecca Belmore

Experience the power of using one’s voice to speak to our first mother, the Earth and the spirit of the water. We are taking Rebecca Belmore’s giant megaphone Ayum-ee-aawach Oomama-mowan: Speaking to their Mother (1991) out of the Justina M. Barnicke Gallery to Gibraltar Point on Toronto Island. We are, as Belmore puts it, “[a]sking people to address the land directly [as] an attempt to hear political protest as poetic action.” The work was developed in response to the 1990 “Oka Crisis,” or Kanien’kehaka resistance, when the Canadian army violently suppressed a small Mohawk Nation trying to defend its ceremonial and burial grounds from becoming a golf course. It was first used in 1991 in a meadow in Banff National Park where people’s voices, spoken through the megaphone, would echo back nine times. In 1992, Belmore toured the work across Canada to a number of sites where Indigenous land claims were being asserted and justice was being demanded.

We are living through the pollution of our waterways from unregulated industry, and both Indigenous people and Canadians need to stand together to protect what Anishinaabe people and scientists believe is the lifeblood of Mother Earth. Many Indigenous women have brought attention to the issue through water walks, which actively heal the spirit of the water. Come lend your voice to their action or just hang out in support.

Bus leaves at 1pm from the Justina M. Barnicke Gallery at 7 Hart House Circle for the Hanlan’s Point Ferry, which departs from the Toronto Ferry Docks (at 9 Queens Quay West) every 30 minutes. First come first served for bus seating. You can also make your own way to the Ferry Docks and follow the red ribbons to the outdoor gathering site, located at Gibraltar Point.

Rebecca Belmore is a Winnipeg-based multi-disciplinary artist from Upsala, Ontario. In 2013 she won the Governor General’s Award in Visual and Media Arts. She gained internationally acclaim at the 2005 Venice Biennale’s Canadian Pavilion where she was the first Indigenous woman to represent Canada. Belmore has exhibited and performed internationally and nationally since 1987. She won the Jack and Doris Shadbolt Foundation’s prestigious VIVA Award 2004 and the 2009 Hnatyshyn Visual Arts Award. Her work is in the collections of the National Gallery of Canada, the Art Gallery of Ontario, the Canada Council Art Bank, the Canadian Museum of Civilization and many others.

Wanda Nanibush is an Anishinaabe-kwe image and word warrior, curator, community animator, and arts consultant from Beausoleil First Nation. She is curator in residence at the Justina M. Barnicke Gallery and Dame Nita Barrow Distinguished Visitor at University of Toronto. She has her Masters in Visual Studies from the University of Toronto.

The Ayum-ee-aawach Oomama-mowan: Speaking to their Mother Gathering is produced with support of the City of Toronto through the Toronto Arts Council. The Justina M. Barnicke Gallery’s programs are made possible by the generous support of the Canada Council for the Arts and the Ontario Arts Council 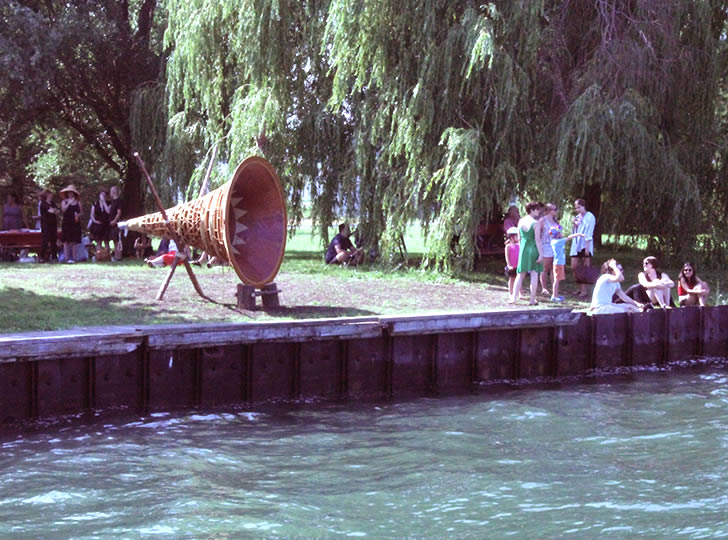