A program of Blue Cloud

Conceived by Toronto based curator Nancy Campbell, Blue Cloud is the third in her series of critically acclaimed exhibitions that challenge the conception of a linear Canadian art history by bringing together Inuit artists with their Southern counterparts.

Sarah Stanners will present a talk titled In Search of Jack Bush, that will simultaneously address her unique journey searching for Jack Bush as she prepares the first comprehensive catalogue raisonné of Bush’s career and Bush’s own journey of self-reflection.

Nancy Campbell is Associate Curator of Special Projects at the Art Gallery of Ontario and an independent curator and writer who has produced exhibitions and writings for public museums across Canada and the UK. She is a former curator for the Macdonald Stewart Art Centre (Guelph), and she has served as an adjunct curator for The Power Plant (Toronto). Her curatorial projects have included exhibitions by artists Andrea Zittel, Annie Pootoogook, Christine Davis, Wim Delvoye, Zacharias Kunuk and Brian Jungen.

Sarah Stanners earned her Ph.D. at the University of Toronto (2009) and completed a SSHRC-funded postdoc at the University of British Columbia (2009-2011). As an independent art historian, Sarah is currently directing and authoring the Jack Bush catalogue raisonné of paintings. With a Status-Only Appointment to the Department of Art at U of T, Sarah works with graduate students to provide hands-on experience via the catalogue raisonné project. Sarah is also co-curating a major Jack Bush retrospective exhibition with Marc Mayer for the National Gallery of Canada (scheduled for October 2014-January 2015). 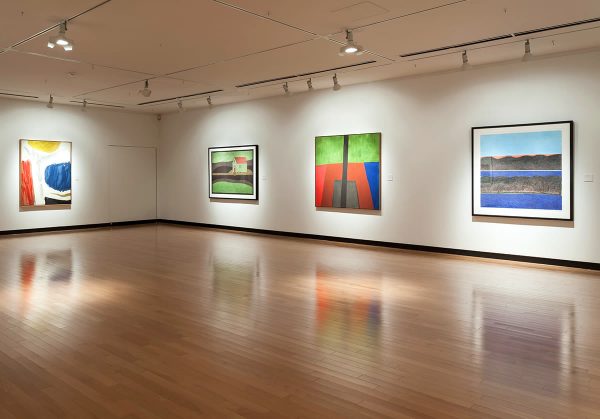