A program of Signals in the Dark: Art in the Shadow of War

Boris Groys is a philosopher, essayist, art critic, media theorist, and an expert on late-Soviet postmodern art and literature, as well as on the Russian avant-garde. His writing engages the wildly disparate traditions of French post-structuralism and modern Russian philosophy. In the 1970s, Groys, who had studied philosophy and mathematics at Leningrad State University, immersed himself in the unofficial cultural scene of Russia’s capital, coining the term “Moscow Conceptualism.” From 1976 to 1981, he held a position as a Research Fellow in the Department of Structural and Applied Linguistics at Moscow State University, and in 1981, Dr. Groys emigrated to West Germany, where he earned his Ph.D. in Philosophy at the University of Münster. His philosophical writing includes A Philosopher’s Diary, On the New: A Study of Cultural Economics, and The Invention of Russia, while his contributions to art theory and criticism can be found in Vanishing Point Moscow and The Art of Installation.

Boris Groys, Professor of Aesthetics, ZKM/Center for Art and Media, Karlsruhe, Germany, is visiting Toronto as part of the exhibition project Signals in the Dark: Art in the Shadow of War. 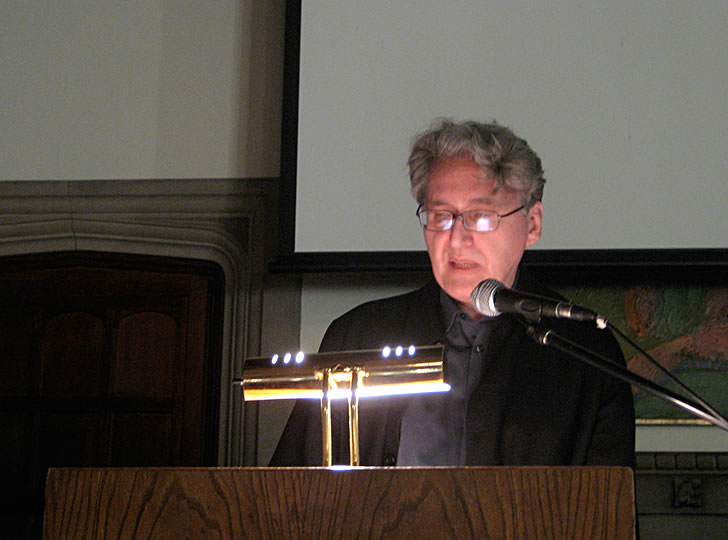