How Far is Near

A program of How Far is Near and Scotiabank Nuit Blanche

A perennial crowd favorite, the Justina M. Barnicke Gallery is once again proud to present a slate of programing for the City of Toronto’s annual all-night contemporary art festival, Scotiabank Nuit Blanche. This year’s highlights include a newly commissioned Farmers Market 2050, a new bar-chitectural installation by Dean Baldwin, a video installation by Joyce Wieland and Hollis Frampton, and a video installation by Annie Onyi Chung, among others. We are also excited to announce that we are expanding out of Hart House and moving into Marshall McLuhan’s famous Coach House Institute with a multimedia installation by Amsterdam-based Mark Boulos.

Presented in conjunction with the 100th anniversary of Marshall McLuhan’s birth, How Far is Near takes its point of departure in McLuhan’s observation that, in the electronic age, information integration would cause people to be ever more involved in each other’s lives, collapsing any easy distinction between what is felt to be near or far. Increasingly, artists are examining this pervasively mediated environment, the nature of our involvement in it, and the possibilities of participation in the public sphere.

It is anticipated that in 2050 the world’s population will exceed 9 billion people. The expansion of the world’s foodprint that is expected to accompany this population increase may exceed the tolerances of our planet’s ecosystems, activating unknown environmental and economic tipping points, and resulting in extreme food shortages. How will we feed everyone when the time comes? By eating bugs, of course.

This project proposes Third Millennium Farming (3MF): harnessing the abilities of micro-organisms (algae and phytoplankton) and micro-livestock (insects) to rapidly reproduce, for the purpose of food production. 3MF food production strategies have a significantly smaller foodprint since these new farming operations could be fed with certain types of city bio-wastes, creating a new, and more sustainable, type of food chain.

Jump in your time machine and visit Farmers Market 2050, where you can take a look at the science and nibble on the food. Nathan will be making some tasty delectables with always-tasty crickets, algae, and other components in our ecosystem. Sorry, Jiminy, we’re just trying to let our conscious be our guide.

Mark Boulos: All That Is Solid Melts Into Air

Mark Boulos’s large-scale video projection, All That Is Solid Melts Into Air, highlights the distance between global capital speculation and its local effects. The work consists of two videos – projected simultaneously on opposing walls – which confront the viewing audience with conflicting yet inextricably emeshed forces. One screen presents frenzied stock traders at the Chicago Mercantile Exchange (the largest commodities exchange in the world) speculating on the futures of oil; the other shows documentary footage of guerrilla fighters from the Movement for the Emancipation of the Niger Delta (MEND) preparing for battle against oil companies that extract and export oil from their land. 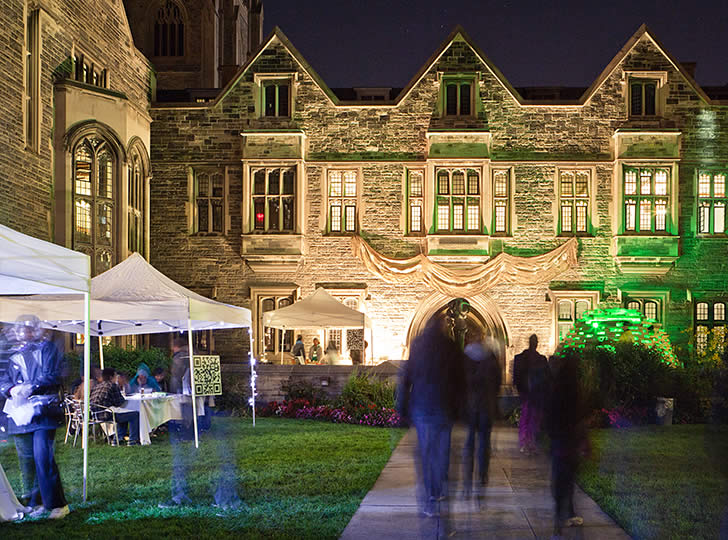