In 1966, Ingrid Baxter founded and became co-president of N.E. Thing Company Ltd. along with her partner, Iain Baxter. N.E. Thing Co., an artistic venture with a moniker and form gleaned from the corporate world, exhibited widely in Canada, the USA, and Europe. Working in a wide array of media, including language, photography, and sculptural installation, N.E. Thing Co. focused on the contemporary landscape, urban geography, and consumer environment to expand the possibilities of art.

Considered amongst the most important contributors to the global conceptual movement, N.E. Thing Co.’s 1969 exhibition at the National Gallery of Canada is now considered a critical event in the history of modern Canadian art. N.E. Thing Co.’s work appeared in many seminal Conceptual art exhibitions such as Place and Process (Edmonton Art Gallery, 1969), X Sao Paolo Biennial (1969), One Month (curated by Seth Siegelaub, 1969), and 955,000 (Vancouver Art Gallery, 1970). They were featured prominently in critic Lucy Lippard’s groundbreaking study Six Years: The dematerialization of the art object from 1966 to 1972. In 1981, while finishing a Master of Education at the University of British Columbia, Ingrid Baxter moved to Deep Cove and founded the Deep Cove Canoe and Kayak Centre.

The exhibition and conference are made possible through the financial support of the Canada Council for the Arts, the Ontario Arts Council, the Social Sciences and Humanities Research Council of Canada, and the Hal Jackman Foundation. 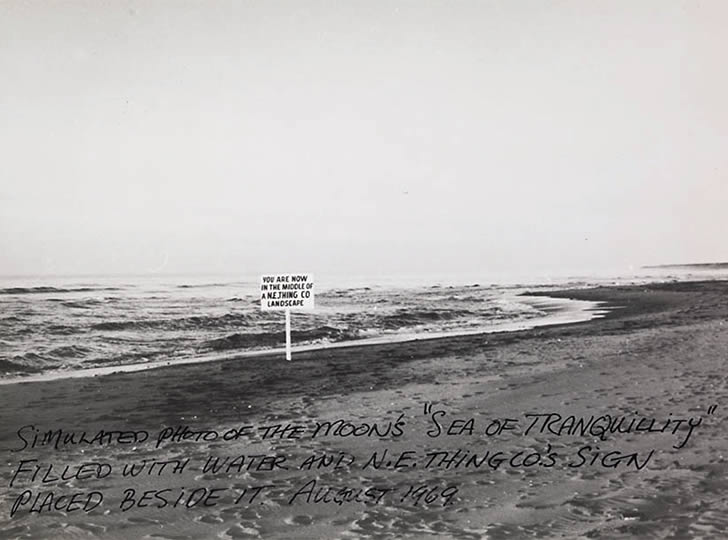