A program of CounterIntelligence

Lecture by Professor Ron Deibert, Director of the Canada Centre for Global Security Studies and Citizen Lab, University of Toronto.

A recent stream of documents leaked by former NSA contractor Edward Snowden has shed light on an otherwise highly secretive world of cyber surveillance. Among the revelations, perhaps the most important for the future of global cyberspace are those concerning the way the U.S. government compelled the secret cooperation of American telecommunications, Internet, and social media companies with signals intelligence programs.

For American citizens, the NSA story has touched off soul-searching discussions about the legality of mass surveillance programs, whether they violate the Fourth and Fifth Amendments of the U.S. Constitution, and whether proper oversight and accountability exist to protect American citizens’ rights. But for the rest of the world, they lay bare an enormous “homefield advantage” enjoyed by the United States — a function of the fact that AT&T, Verizon, Google, Facebook, Twitter, Yahoo!, and many other brand name giants are headquartered in the United States. What will the reactions to those revelations be?

Drawing from the first hand accounts of the University of Toronto’s Citizen Lab (Munk School of Global Affairs), Deibert will provide an overview of some disturbing reactions and threatening geopolitical developments to the Snowden revelations as states, criminals, and shady companies struggle for advantage in the post-Snowden world.

Ronald Deibert (Ont, PhD, University of British Columbia), is Professor of Political Science, and Director of the Canada Centre for Global Security Studies and the Citizen Lab at the Munk School of Global Affairs, University of Toronto. He has published numerous articles, chapters, and books on issues related technology, media, and world politics. He was one of the authors of the Tracking Ghostnet report that documented an alleged cyber-espionage network affecting over 1200 computers in 103 countries, and the Shadows in the Cloud report, which analyzed a cloud-based espionage network.

The Justina M. Barnicke Gallery’s programs are made possible by the generous support of the Canada Council for the Arts and the Ontario Arts Council. Additional funding for public programming was made available through the Hal Jackman Foundation. 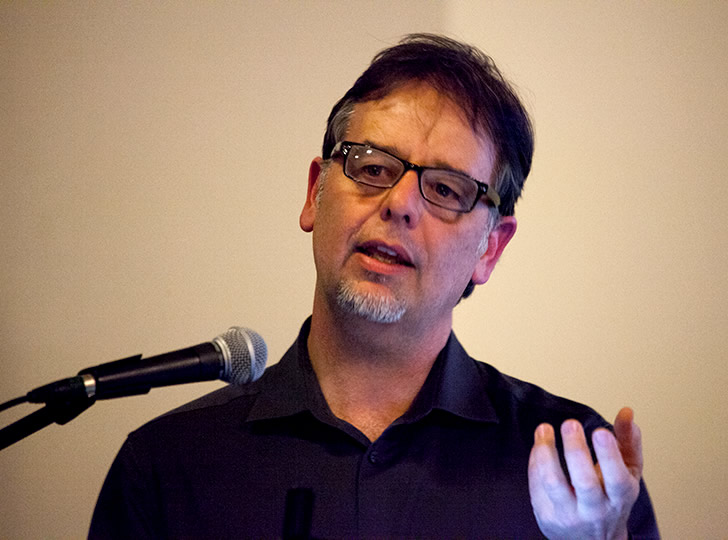