Mammalian Diving Reflex: You Can Have It All

Two-part performance by Mammalian Diving Reflex with the Council of Expertly Aging Experts on Aging.

Research-art atelier, Mammalian Diving Reflex, spent last summer and fall talking to a bunch of people over the age of 65 about their sex lives. As expected, assumptions crumbled. They learned, among other things, that most women over 65 can garner the love interests of a steady stream of young men, it’s possible to have an orgasm without an erection, you can be 80 and still attract the sexual interest of people under 30 and, at 75, it’s still not too late to figure out how to come.

But most important of all, they learned that aging can yield a way of being in the world that is open, generous, and fearless. Facing the final leg of life can bring out the best in us. Mammalian Diving Reflex wants to stand on top of the tallest building in the world and shout out this discovery to the universe. You Can Have It All is a performance starring the Council of Expertly Aging Experts on Aging. Experts on nothing more than aging, the council will let you know where it’s at, how to do it, and will answer your most pressing questions.

You Can Have It All: a Valentines performance from Mammalian Diving Reflex and the Council of Expertly Aging Experts on Aging. Please join us and immerse yourself in over 595 collective years of making it happen.

You Can Have it All is generously supported by the Canada Council for the Arts, Artists and Community Collaboration Program 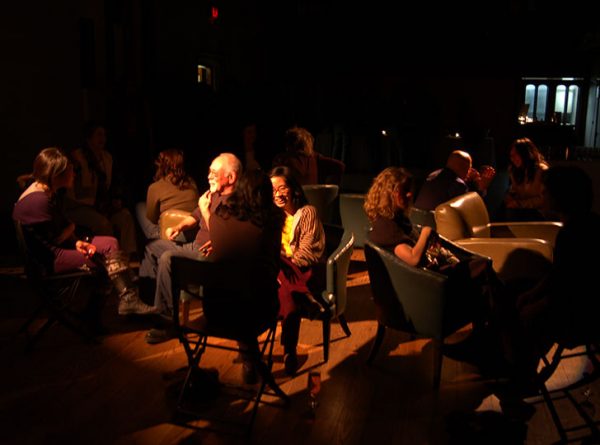