A program of Rocks, Stones, and Dust

Two artists from Rocks, Stones, and Dust address what draws us to rocks. Lindsay Lawson’s lecture-performance will speak about objectum-sexuality and the peculiar history behind a smiling agate geode residing in the depths of e-bay’s “Everything Else” section. Michael Belmore will speak about his long-term engagement with rocks, land, value, identity, and material understanding.

Michael Belmore is a member of the Royal Canadian Academy of Arts and graduated with an A.O.C.A. in sculpture/installation from Ontario College of Art & Design in 1994. Belmore’s work has been exhibited nationally and internationally and is represented in the permanent collections of various institutions and numerous private collections. His most recent exhibitions include Into the Woods: Two Icons Revisited, Art Gallery of Ontario, Land, Art, Horizons, North American Native Museum, Zurich, Shapeshifting: Transformations in Native American Art at the Peabody Essex in Salem, MA, and HIDE: Skin as Material and Metaphor at the National Museum of the American Indian – George Gustav Heye Centre in New York. Seemingly small things, simple things, inspire Belmore’s work; the swing of a hammer, the warmth of a fire, the persistence of waves on a shore. Through the insinuation of these actions, a much larger consequence is inferred.

Born in the United States and based in Berlin, Lindsay Lawson received her BFA in Sculpture from Virginia Commonwealth University, her MFA in New Genres from UCLA, and attended the Städelschule in Frankfurt am Main. Her work spans media such as film, video, installation, photography, sculpture, performance, and text. Her first feature-length film, The Smiling Rock, was shot in Berlin and is currently in post-production. She has exhibited internationally at venues such as Gillmeier Rech, Berlin; LAXART, Los Angeles; Yossi Milo Gallery, New York; Carroll/Fletcher, London; Kavi Gupta Gallery, Berlin; 1646, Den Haag; Reed College, Portland; New Orleans Film Society; Beijing Biennale.

Lindsay Lawson is a guest of the Goethe-Institut Toronto. 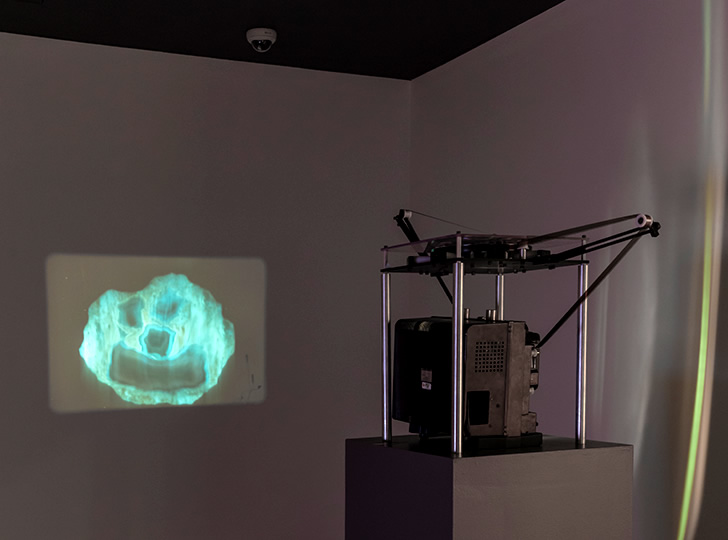