A program of Rightfully Yours,

The panel is composed of historians who will discuss ethnic and national division using specific case studies; a researcher who will recount performative strategies used during interviews; and a performance art historian who looks at the way in which artists use performance to critically investigate the formation of identity.

Jon Soske is editor of RaceSci: The History of Race in Science (www.racesci.org) and is currently completing his dissertation on Exchange Between Zulu and Indian intellectuals in mid-20th Century South Africa. Soske’s presentation will discuss issues of geographically defined racism in South Africa.

Robert Clegg Austin is a specialist on Albania and Kosovo and has served as the Tirana-based correspondent for Radio Free Europe/Radio Liberty; as Slovak-based correspondent with the Economist Group of Publications; and as newswriter with the Canadian Broadcasting Corporation in Toronto. Dr. Austin’s presentation will consider Kosovo as a case study for differentiating between an ethnic and/or national sense of belonging.

Jessica Wyman is a writer, curator, and art historian teaching in the Faculty of Liberal Studies, Ontario College of Art & Design. She edited the book Pro Forma: visual art/language/text, published by YYZ Books, and is writing texts on political performance practices and performance historiography. Wyman’s presentation will consider the ways in which performance is used by artists to establish and critique notions of personal and constructed identities.

Christopher Smith is a doctoral candidate at York University/Ryerson University conducting research on community conflict generated by the relocation of a methadone clinic into a rapidly gentrifying downtown Toronto neighborhood. He will address performative strategies he has employed in interviews with community residents, and clinic staff and clients, as well as the processes of suspicion, resentment, confusion, and hostility that arose during his research investigations.

Tejpal S. Ajji is a Curator-in-Residence at the Justina M. Barnicke Gallery and curator of Rightfully Yours,; he will be present the conceptual framework of the exhibition with particular attention to strategies of infiltration and impersonation used by the artists in Rightfully Yours,. 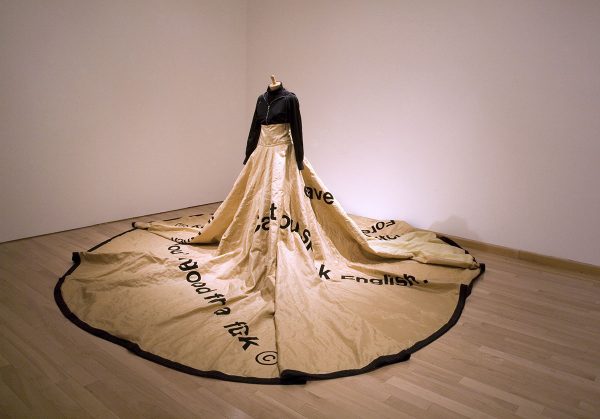