Conceptualism and its Discontents

Suzy Lake was born in Detroit, Michigan in 1947. In 1968, she immigrated to Montreal, Quebec following the 1967 Detroit riots. Influenced by social and political involvement concurrent to the early conceptual period, she is known for her large-scale photography dealing the body as both subject and device. Lake was one of a pioneering group of artists in the early 70’s artists to adopt performance, video and photography in order to explore the politics of gender, the body and identity. Early examples of her work form part of a touring exhibition titled WHACK! Art and the Feminist Revolution 1965 – 1980, first showing at the Los Angeles Museum of Contemporary Art in March of 2007.

Born and raised in Winnipeg, Gordon Lebredt studied at the University of Manitoba Faculty of Architecture from 1967-1970 before enrolling in the School of Art in 1972. While still in art school Lebredt earned a reputation as one of the most advanced thinkers in contemporary art in Manitoba for his groundbreaking performances and site-specific installations at the newly founded Plug In Gallery, the Winnipeg Art Gallery, Gallery 111 and other venues.

Since moving to Toronto in 1980, Lebredt has exhibited at Mercer Union, the Power Plant, YYZ Artist’s Outlet, Art Metropole, the Christopher Cutts Gallery, the S.L. Simpson Gallery and the Art Gallery of Ontario (all in Toronto) and at venues in Regina, Halifax, Winnipeg, Victoria, London and New York City. His writings have appeared in numerous publications such as: Parachute, Espace Sculpture, M5V and C Magazine among others. His most recent book Gordon Lebredt: Nonworks 1975–2008 will be published in the fall of 2010. Lebredt’s work is also the subject of a paper to be presented at the conference by Andrew Kear, Associate Curator of Historical Canadian Art, the Winnipeg Art Gallery.

Kirby was Head of the Canada Council Art Bank, and was responsible for the Council’s Program of Assistance to Art Galleries and Artist-Run Spaces. He received his Master of Fine Arts degree in Contemporary Canadian Art from the University of British Columbia, and is a recipient of the Royal Canadian Academy of Arts Medal.

The exhibition and conference are made possible through the financial support of the Canada Council for the Arts, the Ontario Arts Council, the Social Sciences and Humanities Research Council of Canada, and the Hal Jackman Foundation. 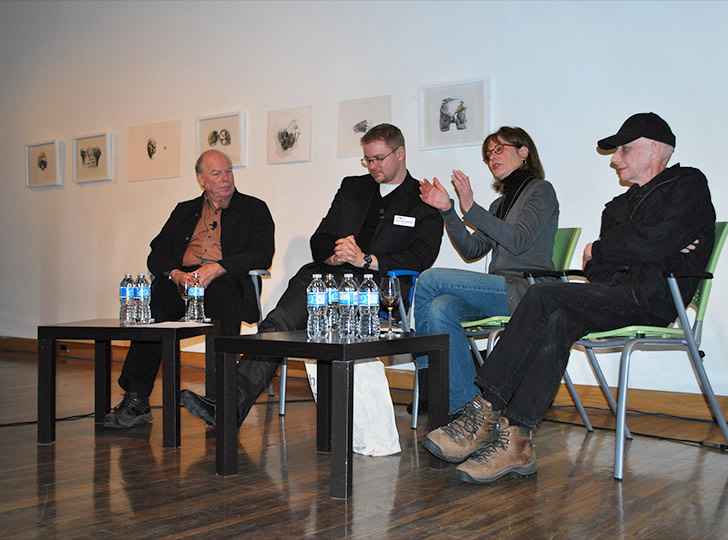