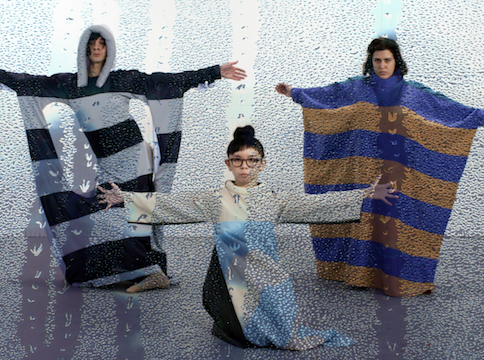 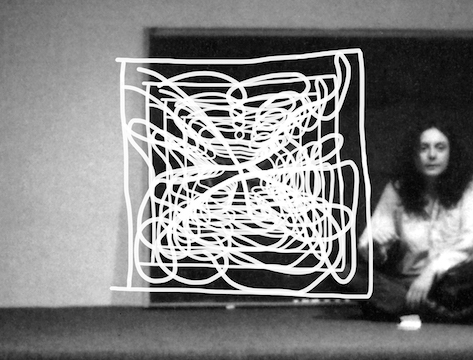 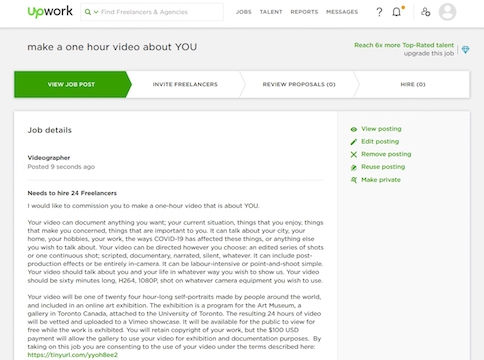 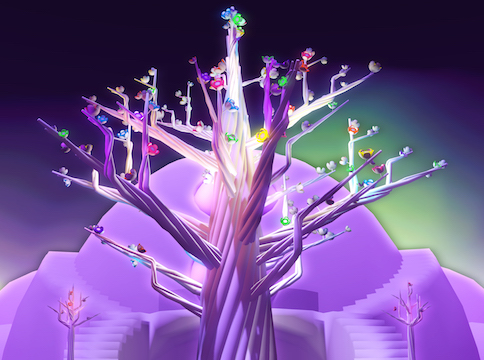 Immaterial Architecture (online) is a series of newly commissioned projects for the screen-space, a medium that supports almost all of our contemporary experience. Over the course of the past few months, in the midst of an unprecedented global social experiment, the screen-space has literally become the controlling facet of our lives, combining domestic and work space into one. Already a mainstay of everyday life, the screen’s function has expanded to become a portal, a lifeline, a primary means to exchange and to connect with others. In the art world, for the first time in its history, the screen became the almost exclusive interface for reaching its audience. In this context, the Art Museum at the University of Toronto launches Immaterial Architecture (online), a series of projects by three artists and one artist duo. These new works, specially conceived for the screen-space, reflect on this exceptional moment, guiding and luring us into the medium that, for the time being, shapes almost all of our relations. The commissions will be launched on the Museum’s website as four episodes and hosted for various durations.

Maïder Fortuné and Annie MacDonell, OUTHERE (for Lee Lozano)
Live: November 5, 7pm
Replays: November 6, 8, and 11
In July 1971, Lee Lozano gave a talk at NSCAD called “The Halifax 3 State Experiment.” Stretching over eight hours and across multiple locations, Lozano delivered the lecture in three states: sober, stoned on weed, and high on LSD. On November 5th, the ninetieth anniversary of Lozano’s birth, the artists revisit this event to burn a Lee-sized wormhole in the time/space continuum. The event will happen in three time-states: synchronous, asynchronous and polysynchronous.

Jon Sasaki, Open 24 Hours
November 12–December 31, 2020
Through Upwork, a virtual platform connecting freelancers and clients, Jon Sasaki commissioned 24 videographers from around the world to produce a one-hour self-portrait, for a fee of $100 USD. The resulting 24 videos will be uploaded to Vimeo, viewable around the clock. The life of a freelancer can be difficult and precarious at the best of times. Here, freelancers give us a glimpse into their worlds under COVID-19, showing us the things that are important to them.

Skawennati, Greetings from Skyworld
Launch: November 19, 7pm
In Skawennati’s 2017 movie She Falls For Ages, a sci-fi retelling of the Haudenosaunee creation story, Skyworld is headed for doom. In the hope of saving their kind, a brave woman journeys through a portal and lands on Earth. In Greetings from Skyworld, her new work for the Art Museum, the far-away planet somehow survived, and its inhabitants—our ancestors—have been looking for us ever since. This is the message they are broadcasting to us. Watch the video here.

In advance of the live stream of OUTHERE (for Lee Lozano), sign up to receive a package of reference materials.