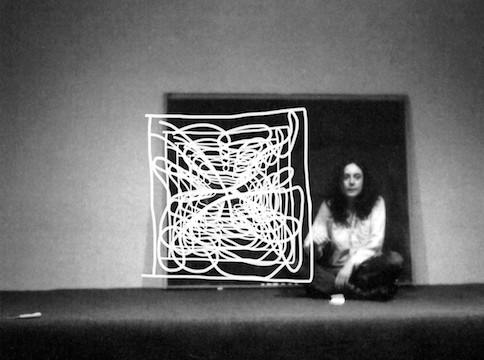 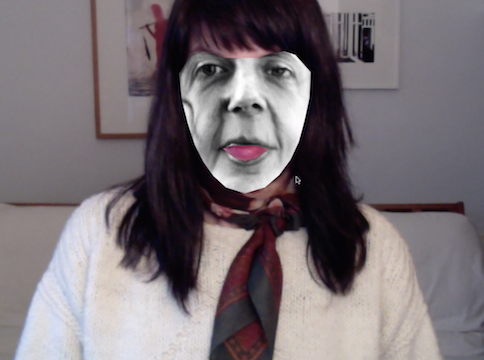 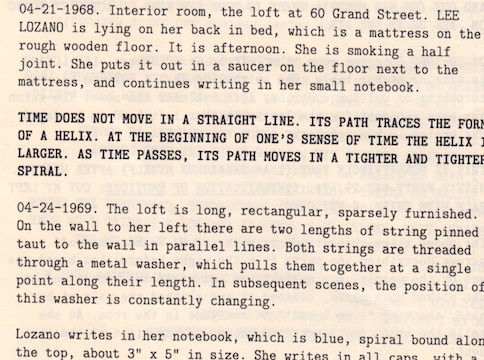 Lee Lozano was an artist, a loner, a lover, a stoner, a drop out, a reader, a writer, a painter, a worm watcher, an anorexic, a masturbator, an art dreamer, a kilosopher, an agent of dis-ease, a monster, an infomaniac, an adventuress, a paranoiac.

Lozano was born November 5, 1930, under the sign of Scorpio, and died October 2, 1999. She is best known for her paintings, her notebooks, and her radical life-art projects documented in her series of “Language Pieces.” Lozano’s work is concerned with time, physics, mathematics, sex, drugs, and the zodiac chart.

In 1971, Lee Lozano gave a talk at NSCAD called “The Halifax 3 State Experiment.” Stretching over eight hours and across multiple locations, Lozano delivered the lecture in three states—sober, stoned on weed, and high on LSD. On the ninetieth anniversary of Lozano’s birth, Fortuné and MacDonell revisit this event in an attempt to burn a Lee-sized wormhole in the time/space continuum. The event will happen in three time-states: synchronous, asynchronous and polysynchronous. A limited edition package of asynchronous materials was delivered to subscribers in advance of the event.

About the Artists
Maïder Fortuné and Annie MacDonell met in the year 2000 while studying at Le Fresnoy, studio national des arts contemporains, in Tourcoing, France. They have been making work together since 2015. Their joint practice includes performance, writing, film and installation. Their individual practices incorporate many of these forms too, but in their collaborative work they have a particular focus on narrative as a form, feminism as a lived politics, and the ways in which language and image shape each other.

In 2020, they completed the film Communicating Vessels, which has screened extensively internationally, winning prizes at the International Film Festival of Rotterdam, the Moscow International Experimental Film Festival and Black Canvas Festival, in Mexico City. Their 2015 performance, Stories are Meaning Making Machines, was presented at the Centre Pompidou and the Toronto International Film Festival, and in 2014, they produced a performance-lecture for CONTACT Photography Festival titled The Bird and the Cup, which they also published as a book work. They are currently working on their first feature length film, which takes up the life and ideas of American artist Lee Lozano.