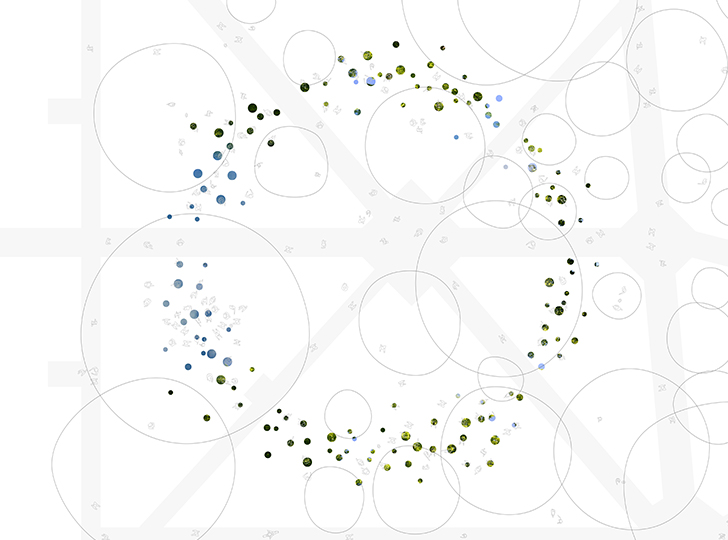 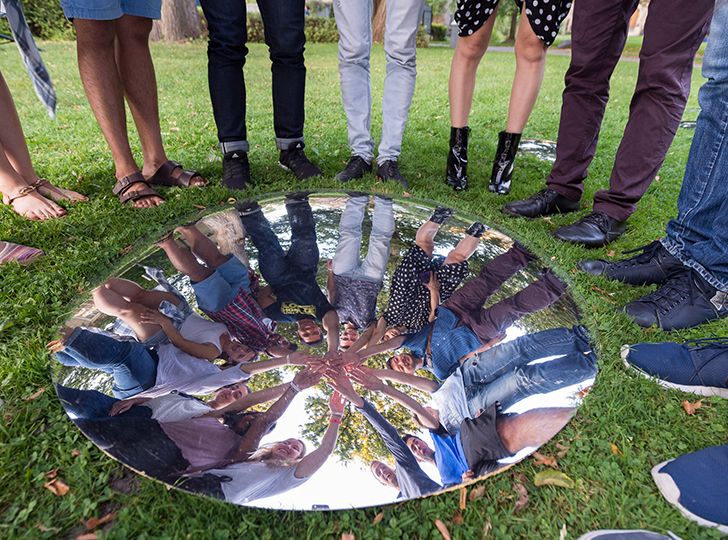 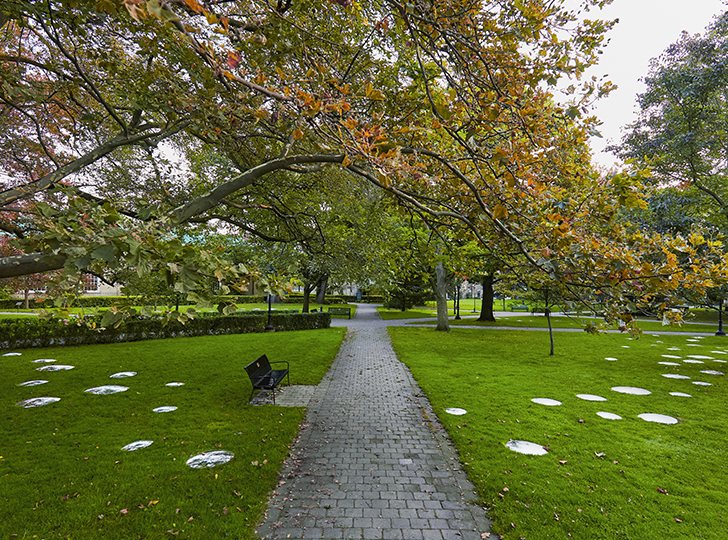 Presented by the Art Museum at the University of Toronto, Making Models is an exciting new project that brings together architecture and art, staged to advance innovative and critical ideas in experimental architecture in Toronto.

Nine Toronto architecture studios and artist groups have been invited to propose ideas and prototypes in model form that foster analytical, conceptual, physical and tectonic frameworks for inhabiting and constructing urban space and the public sphere.

A select jury composed of professionals in the fields of art and architecture, as well as student representatives, chose UUfie’s proposal Wa-Wa from among nine submissions, to be realized in 1:1 model at the Sir Daniel Wilson Quad, which will be on display from September 21 through November 25, 2017.

Composed of 130 convex mirrors, Wa-Wa uses devices to transform the public areas into an immersive environment while still also blending in with their natural surroundings. Wa (和) is a Japanese cultural concept usually translated into English as “harmony.” It implies a peaceful unity within a social group, in which the continuation of a harmonious community is of priority.

Wa-Wa forms an arrangement Wa (輪), a “blurred” ring that invites the public to interact and inspire a new perspective. As it spreads throughout the site, it creates new modes of intimacy for the audience that act to unify within the complexity of the urban setting. At the location, the ring is offset from the center of the Sir Daniel Wilson Quad to delineate the existing zoning’s regime of control.

UUfie is an award winning multidisciplinary architecture studio, founded in 2009 by architect-designers Irene Gardpoit and Eiri Ota. UUfie’s work spans the fields of art, architecture, landscape, furniture, and product design. The practice celebrates experimentation, diversity, and site specificity —often inspired by nature — and aims to create “experiences of transition” in all of its work.

We gratefully acknowledge the operating support from the Canada Council for the Arts, the Ontario Arts Council, and the Toronto Arts Council, with additional project support from the Canada Council for the Arts Grants to Culturally Diverse Curators for Residencies in the Visual Arts and Project Grants for Organizations in the Architecture, and the Ontario Arts Council Culturally Diverse Curatorial Projects grant. And special thanks to Academic + Campus Events, Campus Planning, Grounds Department and the University College at the University of Toronto for their support in the realization of this project. The media sponsor is Azure.

As We Rise: Photography from the Black Atlantic