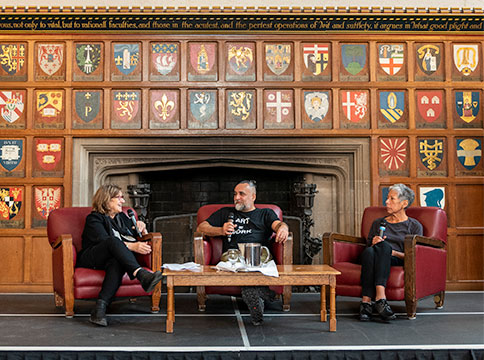 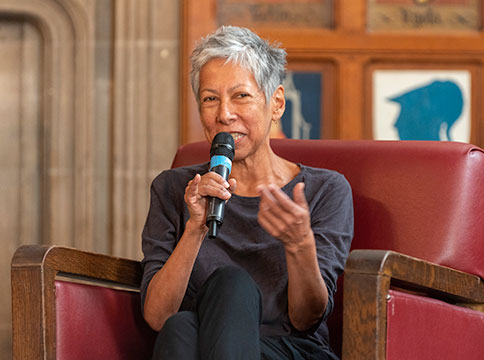 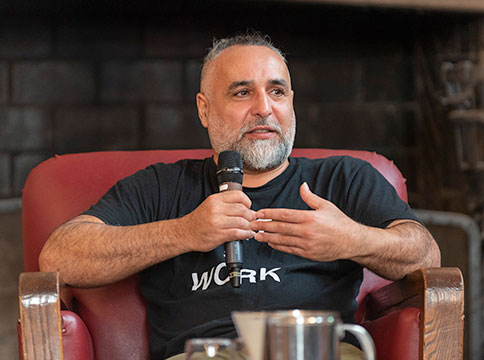 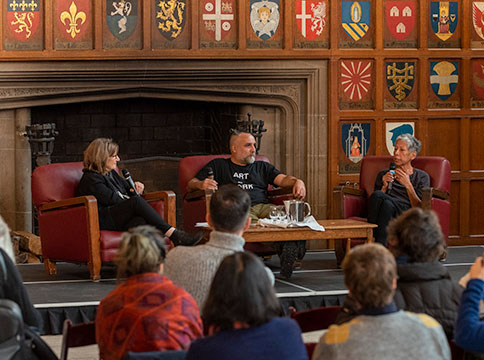 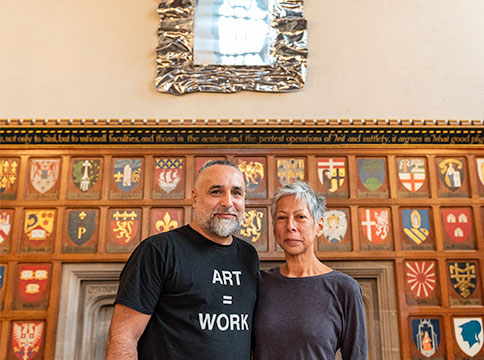 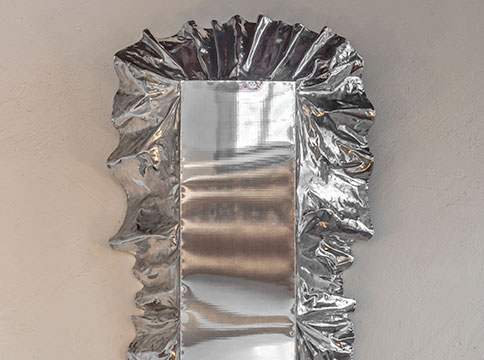 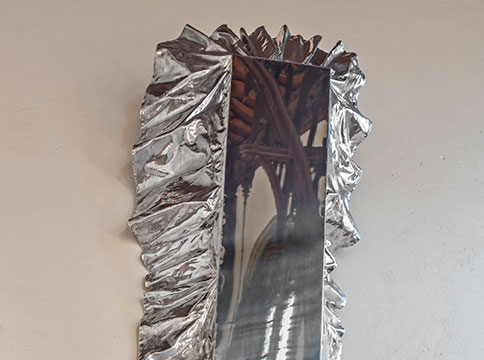 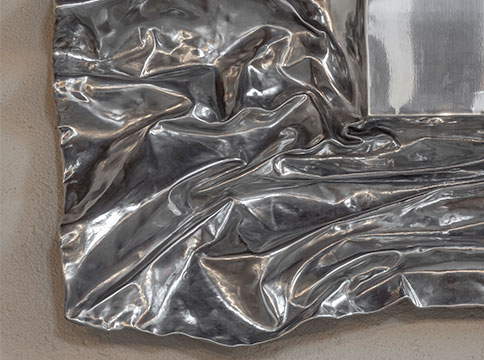 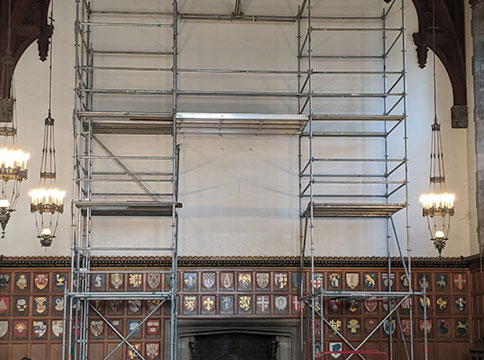 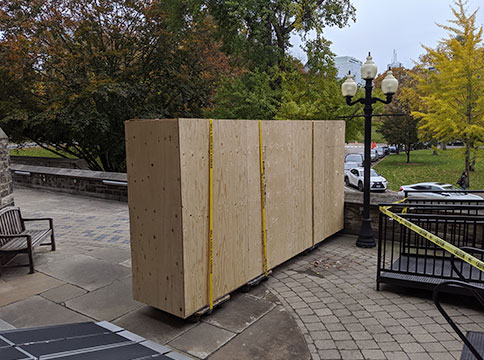 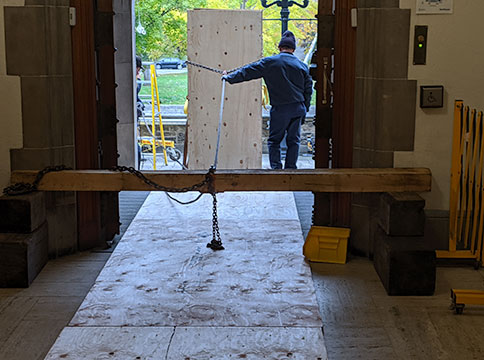 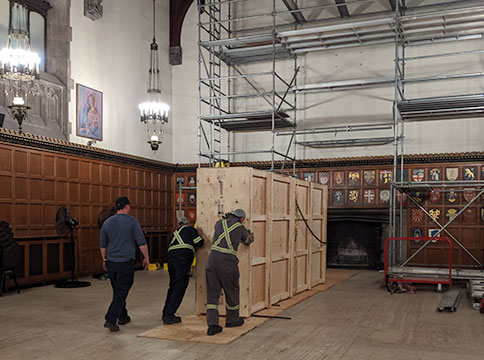 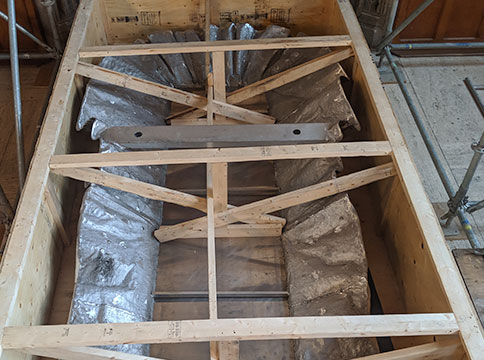 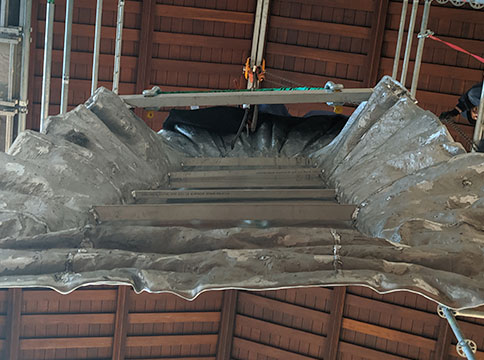 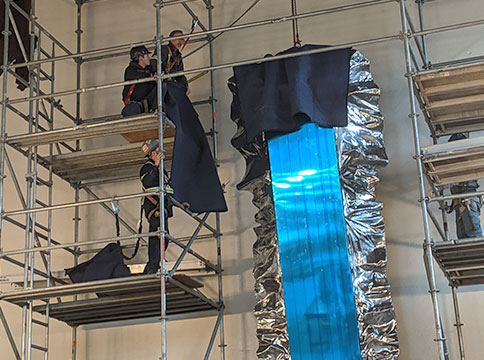 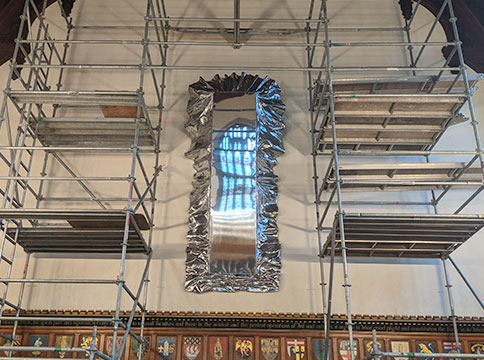 On November 11, 2019, Hart House reached a historic milestone with the 100th anniversary of Vincent Massey’s extraordinary gift of the building to the students of the University of Toronto. In celebration of this centennial, Hart House commissioned a major, new work to transform its Great Hall – one of the most storied, ceremonial spaces of the University of Toronto.

A jury of Indigenous artists and curators chose Rebecca Belmore and Osvaldo Yero from among nine proposals submitted by artists from across the country and presented to the public at the Justina M. Barnicke Gallery in 2018. Their stunning work was unveiled on the occasion of the 100th Anniversary Gala on November 12, and launched with a public talk by the artists the next day. Exceeding the centenary aspect of commemoration, Belmore and Yero’s work responded to the commission mandate – to acknowledge the history of those who came before us, to honour the land upon which we live and work today, and to imagine a more inclusive future — through a mirror in the shape of a life-size dining table.

The work is an important part of the ongoing redress of the spaces and history of Hart House as expressed in the Hart House Permanent Collection. Initiated in 1922, to support living Canadian artists and adorn the building, the Collection’s early focus was on the Group of Seven, whose centenary celebration of their first exhibition is also being celebrated this month, and whose visions of the Canadian landscape reflected settler perspectives. As made explicit by its Anishnaabe title, waabidiziiyan doopwining (to see yourself at the table), Rebecca and Osvaldo’s work invites self-reflection that tends to both, those who see themselves represented and those who are absent. It’s a question that is as relevant to the consideration of the past as it is to the present and for the future.

Rebecca Belmore is a multi-disciplinary Anishnaabe artist from Lac Seul First Nation and is currently living in Toronto. She is internationally recognized for her installations, sculpture, photo-based and performance works, which often concentrate on land politics, issues of identity, and systemic violence against Indigenous people. She received the Gershon Iskowitz Prize in 2016 and was the first Anishnaabe artist to represent Canada at the Venice Biennale in 2005.

Osvaldo Yero immigrated to Canada in 1997 and currently lives in Toronto, where he works in sculpture and installation. Yero’s artistic practice is concerned with his experience as part of the growing diaspora of Cuba. Politically and socially charged, his work contends with issues of national identity and plays with the boundaries of kitsch and high art. His work is in collections in Canada and internationally.

We gratefully acknowledge the operating support from the Canada Council for the Arts, the Ontario Arts Council, and the Toronto Arts Council. Additional Centennial Commission individual support has been provided by Edward G. Thompson.